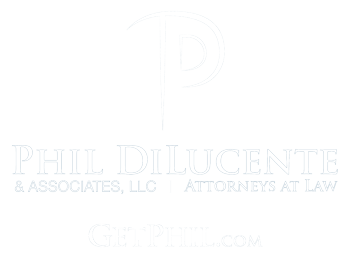 Located in Downtown Pittsburgh, Phil DiLucente & Associates defends clients throughout the area who have been accused of driving under the influence of alcohol or drugs. Many people are intimidated or embarrassed by a DUI charge and might try to surrender their rights, but our zealous lawyers can examine the facts and challenge unwarranted claims made by police and prosecutors.

Our diligent firm offers comprehensive counsel to individuals accused of DUI. From the start, we make sure you’re aware of the applicable legal standards:

Defending our clients with zeal against drug crimes and other allegations is important to our firm, and we will advocate on your behalf, we battle against prosecutors who sometimes bring excessive charges and/or try to use illegally obtained evidence against you.

Our Pennsylvania criminal defense litigators assist arrested motorists and point out potential defenses that might exist. For example, the police might not have had improper reasonable suspicion to pull your car over or might have administered various tests incorrectly. Also, you might not have been operating your vehicle on a public roadway. If we can spot a potentially effective defense, your charge could be reduced or dismissed.

Did the police have reasonable suspicion or probable cause to stop you?

Without proper legal grounds, police officers cannot use the evidence collected, even if it shows that you were intoxicated. To stop a vehicle, law enforcement personnel must have a reasonable, articulable suspicion that you were operating the car unlawfully. A hunch is not enough. To make an arrest, the officers must have probable cause that a crime has occurred.

Were all field sobriety, blood and breath tests conducted according to state standards?

One mistake sometimes made by law enforcement in a DUI case could lead to a serious injustice.  If sloppy police work or an unsupported opinion contributed to your arrest, our attorneys will attempt to expose the problem and avert a wrongful charge of DUI.

Were you actually driving?

You might be surprised to realize that even if your car was not running at the time, you can be arrested for DUI. As long as you have the ability to operate the vehicle, charges might be brought, so you should be careful about sleeping in the front seat if you have been drinking.

Contact a Pennsylvania DUI defense lawyer for a free consultation

Phil DiLucente & Associates, LLC defends Pennsylvania motorists in DUI cases. Please call 1.800.GET.PHIL or contact us online to make an appointment for a free consultation at our Pittsburgh office.

Please fill out the form below and our attorney will contact you.

Thank you. Your submission has been sent.

The information provided on this website is provided for general informational purposes only, and should not be construed as legal advice or the formation of an attorney-client relationship. The attorneys in this firm combine 90 years of experience. Any reference on this website to the expertise, knowledge, quality, respect or dedication of the firm’s attorneys refers to the extent of those qualities that a client would expect from a firm with 90 years of experience. No comparison to other firms or attorneys is intended in the information on this website, and no such comparison should be inferred by the reader.

Attorney Advertising. This website is designed for general information only. The information presented at this site should not be construed to be formal legal advice nor the formation of a lawyer/client relationship. [ Site Map ]

See our profiles at Lawyers.com and Martindale.com